“We had engaged I-AM to work out the visual language in such a manner that branches reflect our brand philosophy of ‘Chalo Aaage Badhe’. We are happy to see the desired outcome.”

AU Small Finance Bank originated as an NBFC – Au Financiers – extending commercial / personal vehicle loans, micro, small and medium enterprise (MSME) loans and SME loans, serving primarily the low, middle-income, and under-served customer segments. It has a network of 300 branches spread in 10 States across the North and West of India. AU Small Finance Bank acquired the license from RBI to operate as a small finance bank in December 2016.

As part of its robust well-defined process, I-AM carried out an extensive audit of the competitors while also researching various best-in-class examples across categories. Leveraging the brand promise of ‘Lets Progress Together’ along with the concept of, ‘Meri Branch’, or ‘My Branch’, I-AM designed the environmental graphics for the various branches across states. I-AM capitalised on the insight that consumers equate landmarks with locations while taking pride of ownership in these landmarks. This led the brand consulting firm to create the concept of using heritage sites in the visual language. I-AM extended the new brand identity into a well defined visual identity and created a contemporary illustration style for AU Small Finance Bank which included illustrations of core Indian heritage landmarks from specific cities and states. A key challenge successfully undertaken was to adapt the flagship branch design on to other branch formats across states. The visual language depicted is indicative of a welcoming, informative, warm and responsive environment while building on the localisation and familiarity of the brand. 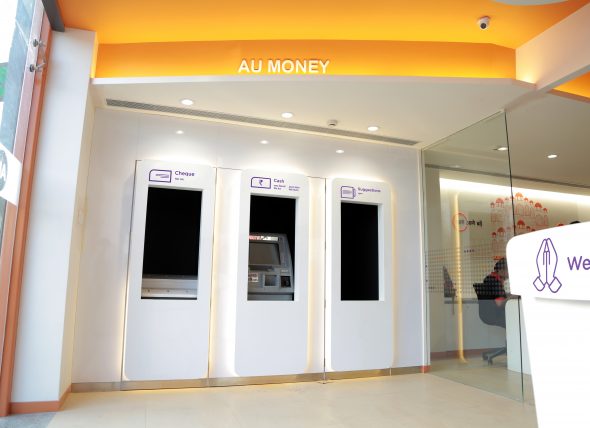 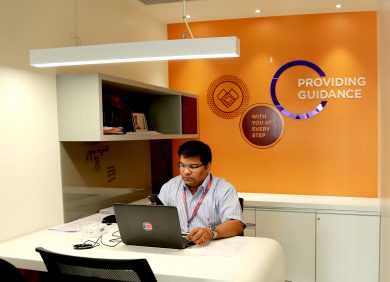 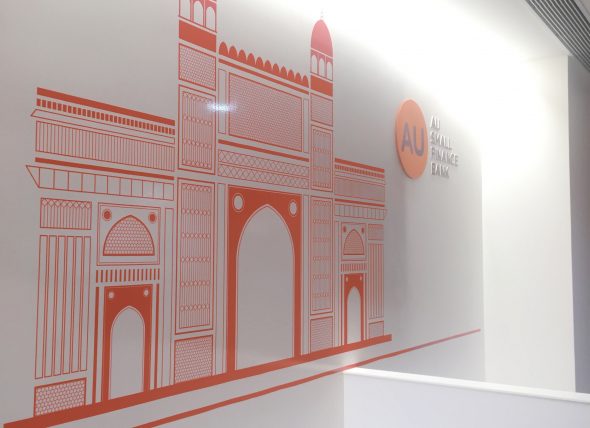